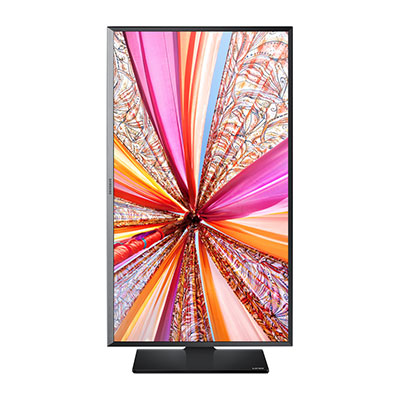 Digital designers, engineers, CAD/CAM workers and medical imagers might wish to orient the screen vertically at times. The UD970 has that covered with the ability to pivot the screen 90 degrees to best match the content. Samsung provides drivers for Mac OS X and Windows.

“Even programmers and web coders could benefit from ultra high definition because it displays more lines of code on the screen at once,” said Ramseen Evazians, Samsung’s manager of commercial displays, during the briefing in New York City.

[highlight type=”one”]But according to Bob Venero, president and founder of Future Tech Enterprises, there’s also a downside to UHD monitors. “These monitors go well in engineering and CAD applications, but the challenge for doing standard work tasks like email on the same monitor is that the fonts are too small to read,” he said.[/highlight]