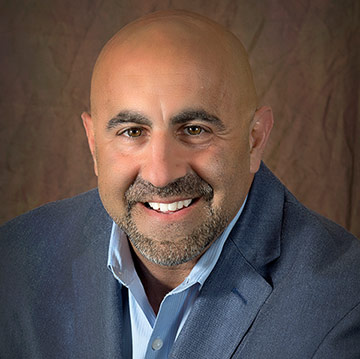 Bob started Future Tech in his basement in 1996.  Since then, he has transformed the company from a hardware reseller, start-up, into a full-service IT solutions provider with average annual revenues exceeding $200 million. With over 20 years experience in the IT industry, Bob worked for MicroAge and CompUSA before embarking on the entrepreneurial journey that has become Future Tech. Bob has been instrumental in the creation of many other companies including serving as CEO of Future Tech Services and Future Tech Professional Solutions. Additionally, Bob is the Founder of Insource America. A noted philanthropist and civic-minded individual, Bob serves on Suffolk County’s Economic Development Team and Workforce Investment Board; is the founder of The Bob Venero Children’s Foundation; and is the generous benefactor to numerous charities, including The NY Philharmonic, The National Center for Disabilities, The American Cancer Society, St. Jude’s Children’s Hospital, The Leukemia Foundation, Hofstra University, The Cradle of Aviation, The Red Cross, Good Samaritan Hospital, Brookhaven Memorial Hospital and The Smile Train. 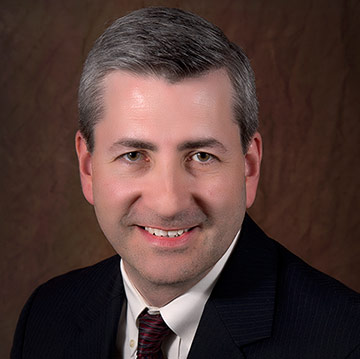 Robert has been with Future Tech Enterprise, Inc. since August of 2001. He brings over 23 years experience as a Controller, Vice President, General Manager, and CFO for public and private system integration companies. He started his career in the late 1980’s with Digital Network Associates (DNA), a privately held Network and Systems Integrator. During his tenure, DNA grew from $1 million to $20 million in revenues, and was subsequently sold to U.S. Office Products (USOP) in 1997. At USOP, Robert played a major role in the financial and regional consolidation of the technical business units. In 1999, Robert joined Aztec Technology Partners, a public firm specializing in application development and systems integration. He served multiple roles for the firm, including General Manager for the tri-state region, and Vice President of Finance and Operations. Robert holds a Bachelor of Science in Accounting from Pace University, and currently serves as the Treasurer for The Bob Venero Children’s Foundation. 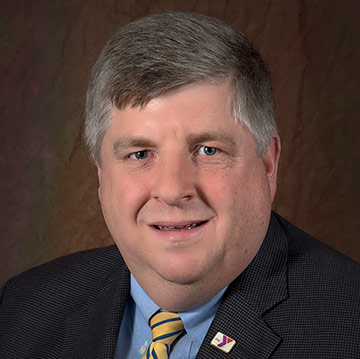 Don Rettaliata joined Future Tech Enterprise, Inc. in July of 1997. With over a decade of experience in law, Don came to Future Tech after spending several years as the Long Island Region Counsel to the New York State Office of Parks, Recreation and Historic Preservation (NYSOPRHP). As Regional Counsel, Don represented all of the State Parks located on Long Island and reviewed, negotiated and drafted numerous contracts, licenses, legislation, permits and agreements including the Jones Beach Theatre expansion and Bethpage State Park hosting of the 2002 U.S. Open. Prior to working for NYSOPRHP Don worked in private practice concentrating on Real Estate Transactions, Zoning Issues, Estate Planning, Criminal Defense and Business and Corporate law. In addition, Don is a member of the Suffolk County Bar Association, the Ancient Order of Hibernians in America and sits on the Board of Directors for the Brookhaven/Roe YMCA. Don has received a Juris Doctorate from Hofstra University School of Law and a Bachelor of Science in Accounting from Babson College. 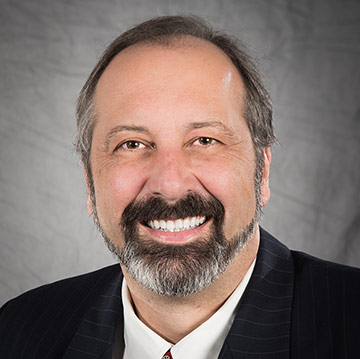 A recognized leader, known for his strategic vision and innovative development capabilities, Michael Attar brings a unique blend of executive acumen, creative technical insight and team leadership skills to his role of CIO at Future Tech.

Michael earned a major in Computer Science, with minors in Electrical Engineering and Math from Hofstra University. He has over 25 years of experience designing, developing and deploying global enterprise systems in the healthcare and travel industries. He possesses a broad technical background with expertise in virtualization, networking, and software development and specializes in security, system management, and fault tolerant solutions.

Michael held progressive engineering and management roles over his 25-year tenure at SITA’s Airport and Desktop systems division. As the Director of Systems Integration, he led several architectural and product development teams in the design and deployment of common use passenger processing, baggage management and airline desktop solutions. These information systems are currently operating over 400 of the world’s largest and most complex international airports. 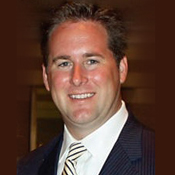 Chris joined Future Tech Enterprise, Inc. in June of 2003. With over 15 years of Sales and Marketing experience, Chris has held positions with IBM Corp., Thomson Corp., and Kraft Foods. His role at Future Tech involves the development of strategic partnerships that focus on the growth and management of our Federal business. While at IBM Corp, Chris was consistently recognized as a top sales contributor, subject matter expert, and mentor to new-hires. Chris’ extensive background in developing IT solutions that deliver measurable business improvement has been accentuated by training in Consulting Methodologies, Solution Selling, and Financial Analysis. Chris has a Bachelor of Arts in Economics from Southern Methodist University. 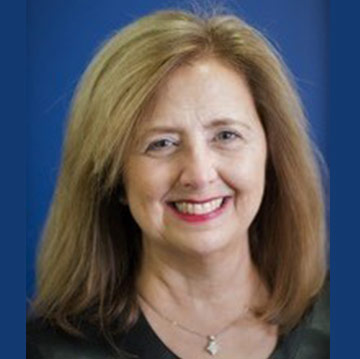 Donna joined Future Tech Enterprise, Inc in August of 2017. Donna is responsible for leading our sales and marketing teams. With over 20 years of IT sales and management experience Donna has come to Future Tech from her most recent role as National Account Manager for Dell EMC. During her 10 years at Dell EMC she was recognized as Account Executive of the Year in the public customer segment and received multiple awards as Channel Account Manager of the Year. Prior to joining Dell EMC, Donna held sales and management positions for a major Long Island systems integrator where she led many successful public-sector projects for New York City government agencies. Donna’s “lead by example” management style allows her to build high-performance teams that focus on helping customers achieve their goals. Donna is passionate about the opportunities available in the field of technology for women and is actively involved in mentoring both women and students, encouraging them to pursue careers in this fast-growing industry. 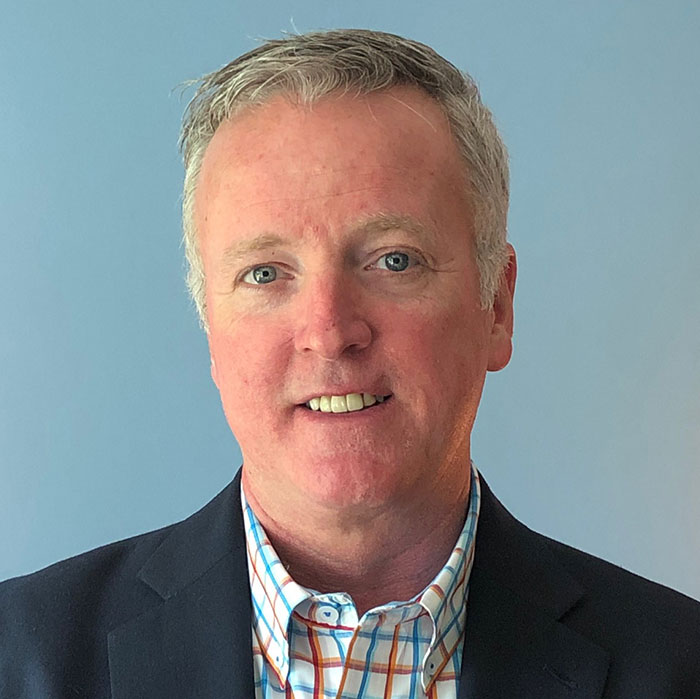 Jeff joined Future Tech Enterprise, Inc. in April of 2019. He oversees Future Tech’s involvement in the acquisition of key GWAC contracts such as SEWP. He is also in charge of supporting the expansion of Future Tech’s federal team, which aims to support key federal customers and partners. With more than 25 years of experience in IT management within the Washington DC metro area, Jeff has worked for PC and software manufactures, VARs and service providers primarily in the federal market. 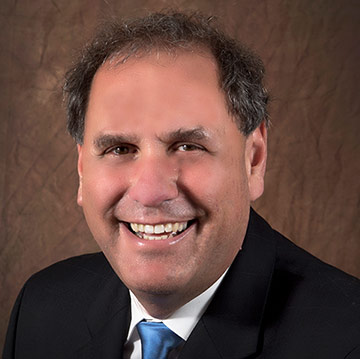 Larry Zafrin is Vice President of Data Center Solutions responsible for growing Future Tech’s data center practice. Larry spent 30 years at IBM before joining Future Tech, first as Director of Sales and now in this leadership position. With a focus on disaster prevention, disaster recovery and business continuity through new data center builds, Larry is charged with helping clients protect the integrity and availability of their IT assets through Future Tech’s innovative iFortress solution. iFortress is a modular, on demand data center build solution that offers structural protection from smoke, water, heat, fired, floods, acrid gases and more… all while keeping costs on par with traditional brick and mortar data centers and cutting the build time by 50%. iFortress is also a green technology that provides significant data center energy savings. Prior to Future Tech, Larry held various sales, services, business development and management positions at IBM. Throughout his career at IBM, Larry supported clients in the insurance, retail, transportation, aerospace and computer services industries. His combination of leadership skills, positive attitude and ability to motivate his team has helped him consistently deliver successful business results. Larry holds a B.S. in Electrical Engineering, and has earned numerous awards for his leadership and successes, including recognition for exceeding sales goals from 130 to 150% at IBM. 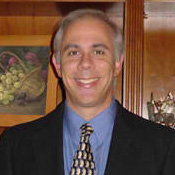 Howard Goren joined Future Tech in September of 2000. With over 20 years of combined business operations, IT, accounting and legal experience, Howard has worn many corporate hats prior to and since joining Future Tech. In addition to his 12+ years with Future Tech, his experience also includes management and legal responsibilities with ATL International, Inc., a national franchisor, as their Associate General Counsel and Director of Leasing. Additionally, he served as the Chief Technology Officer and Corporate Counsel for Tech USA, Inc. Finally, as a Consultant, Howard managed the process and systems development for the centralization of Mortgage Servicing at Citigroup. He now serves as Future Tech’s Vice President of Program Management, providing operational development and ongoing management of our largest customer programs. Howard holds both a Bachelor of Science and Juris Doctor Degree from the University of Baltimore. He is a licensed CPA and Attorney in the State of Maryland.